Photographer for passion and almost for “profession”, he was the priest who collected the last confession in June 1963 of the then cardinal of Milan Giovanni Battista Montini before the latter was elected Pope with the name of Paul VI. He was also the one to lead the meditation of the 115 cardinals gathered in Conclave in 2013 which lead to the election of Pope Francis.

These are some of the most salient and incredible features of the long life of the Maltese cardinal expert in patristics and the Bible Prosper Grech who died on December 30 at the age of 94 in Rome.

Father Grech turned 94 a few days ago. Born in Birgu (Vittoriosa) on the island of Malta on December 24, 1925. Always in those days he was baptised with the name of Stanley, then changed to Prosper at the time of his entry into the Augustinian Order.

In 1944 he made his first vows within the Augustinian Family. In 1946 the superiors sent him to Rome to the Santa Monica international college to perfect his studies. On 25 March 1950 he was ordained a priest in the Basilica of San Giovanni in Laterano. In 1953 he completed his studies at the Pontifical Gregorian University obtaining his license and doctorate in theology with the thesis on Atonement for God in modern English theology. In the meantime he also attended courses in Sacred Scripture at the Pontifical Biblical Institute where he got the license.

In 1951 he also obtained a diploma in educational psychology in Freiburg, Switzerland. In 1965 he was called to preside over the Augustinian Theological Institute. In 1970 he was invited to teach hermeneutics at the Pontifical Biblical Institute (to call him to this prestigious assignment and realising his talents also for the knowledge of Rudolph Bultmann’s thought was the then rector the Jesuit Carlo Maria Martini) where he remained until 2002 From 1971 to 1989 he was also a teacher of biblical theology at the Pontifical Lateran University. In 1984 he was appointed consultor of the Congregation for the Doctrine of the Faith and in 1998 the then prefect Joseph Ratzinger sent him to India as an apostolic visitor to the seminaries.

In 2003 he was appointed member of the Pontifical theological academy (Path) and in 2004 of the Pontifical biblical commission (Pcb). A knowledge of “near” that of Father Grech with the Cardinal Ratzinger that will push the same Benedict XVI to create cardinal (along with rank names like the Jesuit Karl Josef Becker and Julien Ries) on 18 February 2012. On 8 February the same year he was ordained bishop in the Con-cathedral of San Giovanni in Malta . But the long existence of Father Grech has had other chapters with an incredible flavor: within the walls of the Augustinianum in Rome he was a participant of the many rescues of Jews during the pontificate of Pius XII and knew “closely”the patriarch of Venice Albino Luciani destined to become John Paul I of whom he risked becoming “secretary …” .

“He was really good and nice, a humble man,” said Grech himself a few years ago, “who was hiding … But also affable”. To link him to a particular friendship with Pope Montini was the particular relationship with the artist and sculptor loved by the Pope of Concesio: Lello Scorzelli. The name of Cardinal Grech is associated with that of the foundation (together with the confrere Agostino Trappé) of the Patristicum Augustinianum institute in 1969. On January 2 at the Altar of the Chair in the Vatican Basilica at 11.30 am the funeral will be held. 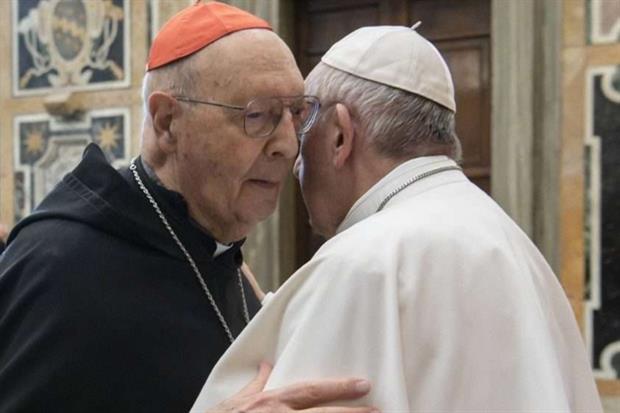