Just look at my face to understand who I am. And if it’s not clear, a software will help you. The SnapTurtle project, promoted by WWF Malaysia and Sabah Wildlife Department, is coordinated by the Italian Oriana Migliaccio, a marine biologist who has been working in Malaysia, in Pom Pom Island, for the protection of sea ​​turtles.

Thanks to a software, the turtles are photographed and uniquely identified, thanks to the particular pattern of facial scales that characterises each individual. Thanks to the project, the turtles at “risk of extinction” and “serious risk of extinction” are registered and protected. For a long time now, these carapaces have been subjected to stress caused by over-fishing of adult individuals, removal of eggs for food, pollution and climate change.

“The idea comes from the desire not to stress the turtles that come to the beach to nest. Normally, metal plates are applied to the fins; the plate is similar to a piercing, for the animal it is painful and can be lost easily. Thanks to the photos, however, we can do the same thing without touching or disturbing the animal in any way,” says Migliaccio. The turtle is immortalised from a minimum distance of 10 meters and the software is then able to identify the individual in a clear and unambiguous way.

The system thus conceived allows citizens to be involved in citizen science programs and to encourage greater understanding of conservation strategies by the general public.

“The system allows the recognition of animals in different geographical areas, because the database can be used safely online. In this way, citizens can also do science and contribute directly to conservation“, continues Migliaccio. The direct involvement of citizens has proved to be an excellent lever in various conservation projects around the world. For example, the Tamar project in Brazil, the longest in the field of the protection of sea turtles with over 30 years of history, has managed to convert a population of fishermen, who subtracted the eggs of the carapace due to scarcity of food resources, in valiant protectors of nature and conservation, who understood that tourism resulting from the presence of turtles would be very important for the economic welfare of the community. A similar result was confirmed by a study conducted by the Australian Institute of Marine Science, which recently had managed to prove that every shark living in the waters of Palau is worth $ 180,000 a year for the tourism industry, while a shark killed and sold for its meat has an economic value of about $108. 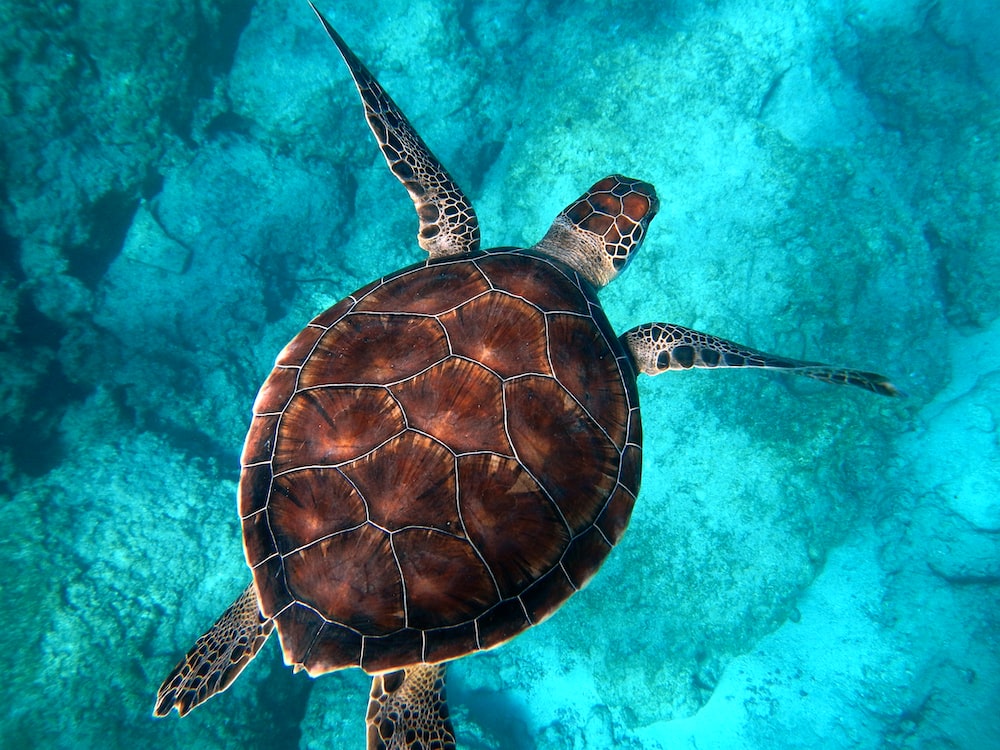 The SnapTurtle project started in August and now boasts the presence of 100 individuals in its database. “Of the one hundred animals present, ten are nesting, or have recently laid their eggs. We now await the next breeding season to evaluate returns and study the population on the island ” says the biologist. The project will help to understand the level of resilience of these animals compared to anthropogenic stress factors. The first data collected indicates a greater presence of young individuals and a higher percentage of females due to global warming. There is in fact a direct relationship between the incubation temperature of eggs and the sex of babies. The goal for the future is to refine the software more, by providing specific algorithms according to the area and species considered. “The idea is to make the database public and accessible to everyone, but it’s something we’re still working on at the moment“, concludes Migliaccio.

This project is part of a global growth trend for this type of conservation application. Other recent examples are the George Washington University, which has created a software for facial recognition of lemurs, which has a 97% accuracy rate. The goal of the project is to be able to follow the records in the different phases of life.

In Norway, a company has devised a census system for North Atlantic salmon, whose populations are often decimated by diseases, which scans the faces of fish and creates individual medical records for millions of fish.

Controlling populations could be very useful for farmers, to reduce their mortality rate. Another interesting project was started by the Chinese insurance company ZhongAn Online. The idea is to use facial recognition to distinguish chickens, so as to track their growth and slaughter along the entire supply chain, up to the consumer table. Thanks to the GoGo Chicken app, consumers can have data on the breeding of origin and the type of food used for breeding chicken.

But there are many examples… The US company Cargill has created a software for facial recognition of cattle, to monitor the state of health. The company collaborates with breeders and provides them with tools to collect data on the face of each head of cattle. A computerised system of cameras keeps every sample under control, to know how often they drink and eat, or if they have strange behaviours, even determining the oscillations in milk production. The University of Cambridge has invented a program that can analyse stress in sheep, much quicker than a vet could ever do. And finally, other projects were finally launched in Africa for the monitoring of lions and elephants.

While facial recognition applied to the human being still poses security challenges to privacy, those designed for animals already seem to be excellent examples of technology applied to conservation, with no apparent contraindications. The next few years will say if this growing trend will really give a positive turn to ecology and breeding systems.