Home Everything Else Movies & TV Series Netflix, all the news coming in February

Let’s start with the most anticipated series:  Better Call Saul, Altered Carbon and Narcos: Mexico , together with the unpublished productions Locke & Key and  I Am Not Okay With This. The first original African title Queen Sono,  Followers from Japan, Spectros from Brazil and Puerta 7 from Argentina are also arriving from the world. Films include: Horse Girl with Allison Brie and The last thing he wanted with Anne Hathaway.

The Pharmacist – miniseries, from February 5th

This is the true story of a pharmacist in a small American town that, after the tragic death of his son, decides to take action personally to stem the spread of opiates among the youth of the area, even before the end of the 90s the phenomenon took on alarming dimensions.

From the Sundance Festival to Netflix. Glow star  Alison Brie is the protagonist, Sarah: this introverted young woman , at some point, can no longer keep at bay the nightmares that afflict her and that begin to influence her waking life , now  on the verge of schizophrenia .

Based on the Joe Hill comic , this ambitious fantasy series  is set in the Keyhouse , a home that holds secrets and  magical keys capable of opening unexpected worlds. It will be up to the young Locke brothers to uncover its mysteries and protect the house from a threatening presence.

The Coldest Game  – film, from February 8

The protagonist is Bill Pullman , whom we recently saw in The Sinner.  Here, Polish production on the theme of the Cold War  during the Cuban missile crisis, plays the brilliant alcoholic mathematician Joshua Mansky, who is kidnapped by the US secret services to challenge the Soviet champion Alexander Gavrylov in a fateful chess game .

Ps. I still love you – film, from February 12th

After the success of the romantic comedy based on Jenny Han’s novel Every time I wrote I love you , the  sequel arrives : the relationship between Lara Jean and Peter becomes official, but the recipient of one of the girl’s old love letters enters scene.

Nobody is untouchable in the new episodes of this original Netflix series dedicated to drug trafficking : now, in the second season, the focus is on drug trafficking in Mexico and the boss – played by Diego Luna  – sees his dominance threatened by the same allies.

The original Spanish series  dedicated to the most passionate telephone operators in Madrid is about to end. The epilogue will be in two stages : the first five episodes  now, the other five streaming in the coming months.

The director Jon Favreau is back , in the original role of cooking show host . He is flanked by the famous Roy Choi . The two experiment with techniques and recipes ,  while meeting some of Hollywood’s most famous and interesting characters.

New original Brazilian series in which  five teenagers come across a strange supernatural presence , which binds them to the past of the neighborhood in which they live, the Liberdade district of São Paulo . So many vindictive spirits, strange dead and haunted neighborhood.

Three cousins , the Morales, try in every way to integrate and pursue the American dream, but at the same time they realize that this could mean giving up what they hold dearest: their  Mexican roots . We laugh, starting with the title which is a word game with  gentrified.

The last thing he wanted – film, from February 21st

Based on the novel of the same name by Joan Didion , the director Dee Rees directs  Anne Hathaway  as a long-time journalist, who accepts a mission on behalf of her father ( Willem Dafoe ) and finds herself embroiled in a dangerous arms trade in America Central. Ben Affleck is also in the cast .

Original Argentine series created by the celebrated playwright Martín Zimmerman . The protagonist is the South American actress Dolores Fonzi : she plays a woman who has to clean up a club of fans of a well-known football team from the criminal connivances that harness her.

Before the sixth and final season arrivals in 2021 , here are the new episodes of the series spin-off of Breaking Bad that accompanies viewers inevitably closer to the final:  Jimmy McGill  – played by Bob Odenkirk – takes on the face of Saul Goodman ranks as the crime lawyer.

I Am Not Okay With This – first season, from February 26th 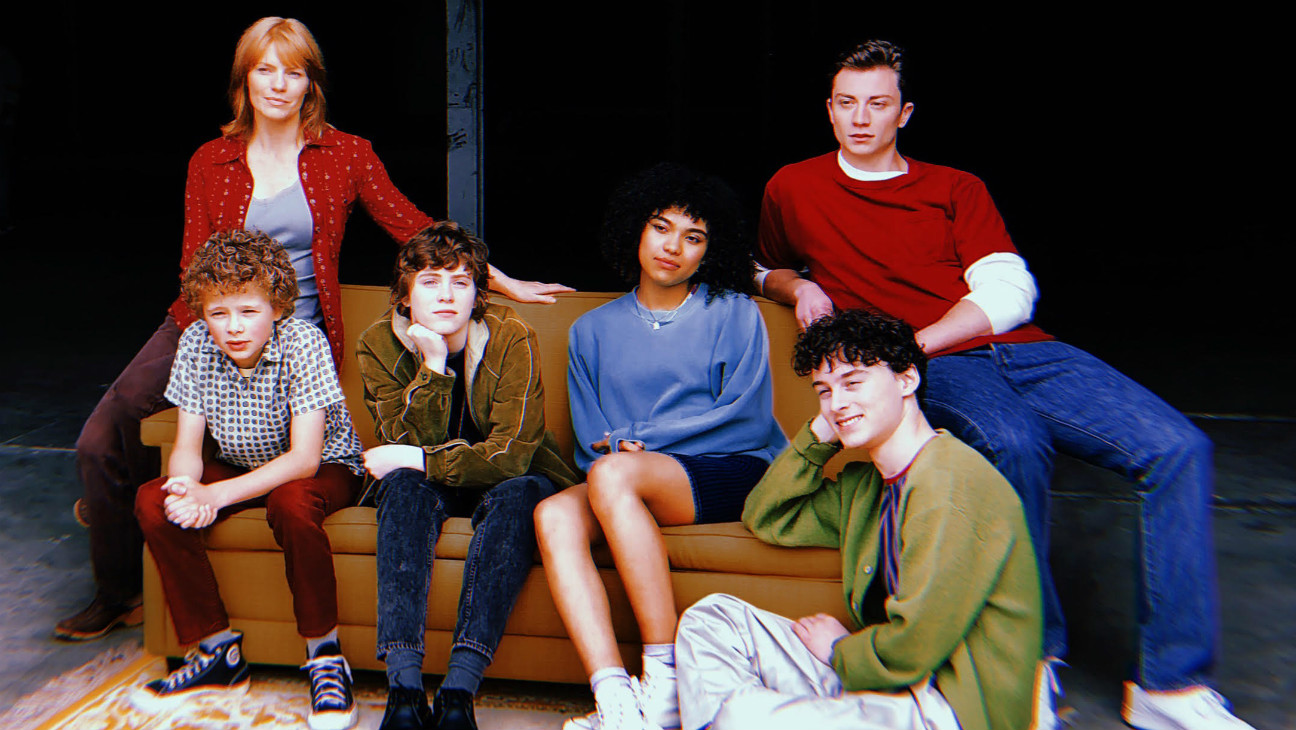 New serial adaptation of a graphic novel by Charles Forsman , after the success of the two seasons of The End of the F *** ing World . Starring:  a teenager facing ordinary high school issues. Between family, friends and sex, he also discovers mysterious superpowers that will complicate matters even more. To interpret it is  Sophia Lillis ( It and Sharp Objects ).

The cyberpunk series is back , remaining true to its initial concept that people’s consciences can be exported endlessly into new body-wraps . In the second season the protagonist is Anthony Mackie , the Marvel Cinematic Universe Falcon, who lends his face to the character of  Takeshi Kovacs .

What kind of social and love dynamics are triggered if you are a young woman  followed by millions of users on social networks? Made in Japan .

The  first Pokémon movie  was released between 1998 and 1999 and consecrated the planetary success of the saga of video games and cartoons based on the capture of the mythical colorful animals . Twenty years later , the attention towards these more and more numerous creatures knows no slowdown. And now Netflix offers a blast from the past with the  CGI remake of that very first feature film. Not surprisingly, it debuts on February 27: Pokémon Day .

The first African production of Netflix arrives . Created by Kagiso Lediga , it follows the events of a courageous secret agent who vanquishes dangerous criminal gangs while facing his own personal crises.

It is the compelling docuserie that follows Formula 1 drivers (families and teams included) . The new episodes promise well,  thanks to unprecedented access to all stages of preparation, competitions and even their private lives.