Home Everything Else Scientific The Wedding at Cana miracle happened again!

Indeed! Two chemists have managed to turn water into wine in 15 minutes, without using grapes!

Two oenologists from San Francisco would be capable of a transformation that is very reminiscent of a famous miracle in the Gospel: the transformation of water into wine. The technique used by researchers is very complex, even if it can be put into practice in a short time.

The process would allow you to get synthetic wine in just 15 minutes, mixing water, ethanol and various food additives that can mimic the taste of real wine.

Mardonn Chua and Alec Lee, this is the name of the inventors, say they had the idea after having seen the bottle of a precious Chardonnay in a California wine shop, and they realised that they could never afford it. And so they wondered if there was a way to create a fine wine within reach of all budgets, and sought the answer in chemistry.

Instead of starting from grapes (which is completely absent in their wine production process), they started from ethanol, as it is the main component of alcoholic beverages together with water. Then they started adding additives to give a fruity flavor. The additives are added starting from chemical analysis of the original wine (through gas chromatograph and other instruments), and then trying to reproduce them artificially. The average recipe includes 85% water, 13% ethanol and 2% various additives. 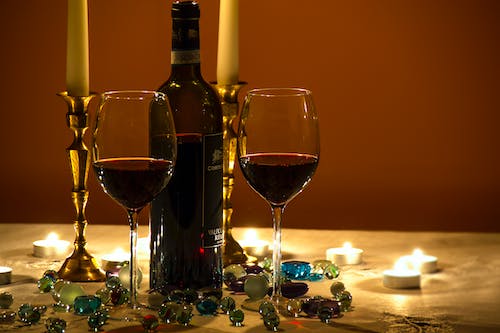 The first attempts were not exactly a success. However, with patience and with different tests they would have succeeded in obtaining discreet results, including an imitation of the Italian Moscato d’Asti.

The two researchers have already opened a company whose motto is “to make wines molecule by molecule“, and their products are clearly presented as replicas of fine wines. As is easy to imagine, however, not everyone is enthusiastic about the invention of the two researchers, and there is no lack of those who fear that it can be used to adulterate and “falsify” wines. Some sommeliers also cut off the quality of the results, which they claim to be easy to recognise as synthetic and with a taste that resembles plastic. But Lee and Chua are not discouraged, and are convinced that their invention will have a lot of potential in the market. Which is basically what worries traditional wine lovers.