Home Everything Else Curiosities The wine called Unicorn’s Tears arrived

Unicorns are trendy, and there are those who have decided to take advantage of the appeal in the food segment too. The Spanish Gik Live! launched a few months ago Lágrimas de unicornio, a pastel pink wine that should make lovers of pop-glittery go crazy.

As you can read on the website of the company, it is a rosé wine created by two winemakers who own a company in Navarre. Needless to say, the mixture is secret.

It does not seem, however, that the Lágrimas de unicornio differs a lot, colour in part, from the other wines, those with a more traditional colour. According to the company it is perfect for great moments of conviviality or small moments in which to enjoy the tranquility with a good glass. 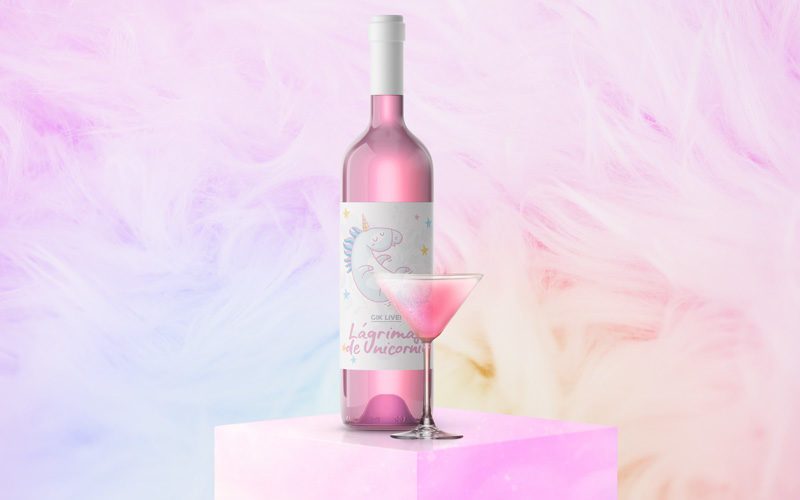 The company is not new to original proposals, it also sells Gik Blue Azul, which is blue indeed, Spicy Bastard wine and a wine with Japanese tea, soberly called Tokyo.

The goal is to reach a younger audience and less interested in oenological orthodoxy, even if the problems have not been missing: in 2017 Gik was confronted with a complaint from the great Spanish producers, opposed to the commercialisation of Blue Azul as wine and not as a simple drink. And they were right, even if on the site continues to appear in the Wine section but without the words that it is up to the high products.