Home Everything Else Coronavirus What can parents and children do to survive self-isolation, and each other?

“It gets a little crazy in our house,” Travis Diener says.

Diener, a professional basketball player, lives in Cremona in the Covid-19 red zone of Lombardy, Italy, with his wife and three young children. They are living in lockdown; the kids have been off school for two weeks, and the family is following government advice: staying in their home and only venturing outside when necessary.

As the coronavirus pandemic spreads, self-isolation or quarantine is one of the key strategies in “flattening the curve” of infection rates. These 14-day isolation periods involve individuals or families staying within their homes, and not having physical contact with those outside. With the prospect of school and daycare closures, as well as workplaces shutting down or moving to remote working, many more families around the world face the prospect of precisely the kind of long days the Diener family is experiencing.

But what can families expect and how can they survive not only the virus, but each other?

For parents trying to work from home, their ability to do so will rely on various factors from the age of their children and the layout of their home to the nature of their work. The temperament of parents and kids will also play a role.

Claire Amos, the principal of Albany senior high school in Auckland, has been self-isolating within the family home, away from her teenage children and husband, for nearly two weeks after a work trip to Italy. Amos devotes mornings to emails and Google Hangout meetings with senior staff and students, and was surprised at how productive she has been. “You can get jobs done really effectively in this state. A lot of the time you’re busy being busy, rather than doing anything productive.”

Diener’s wife works part-time from home for a local wine company, so her work hasn’t been too disrupted. For Diener, used to training and playing basketball all day, the shift has been hard. He has tried to keep up some training but it’s not the same. “For me, sitting at home is driving me a little crazy too,” he says. “I’m used to doing my job.” 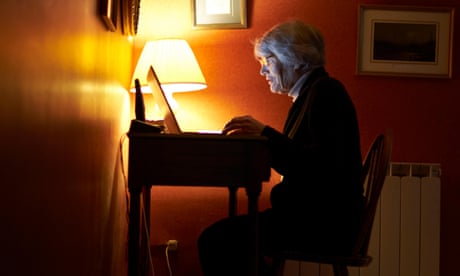 With routines disrupted and families thrown into close quarters, cabin fever is a real danger. It is exacerbated by predispositions and thought processes and can manifest, says Dr Carly Johnco, a clinical psychologist at Sydney’s Macquarie University, as anxiety, extreme frustration, depression or low mood. The University of Melbourne psychology professor and parenting expert Prof Lea Waters AM says self-isolation can hit three critical components of mental health: our sense of autonomy, relatedness (a sense of being connected to others) and competency (feeling effective).

Now for the good news. They’ve all got tips on how to get through it.

Begin on the same page

“I’d suggest at the very start the family sit down and devise a family contract,” Waters says. “Have a discussion: what do you think will be the biggest challenges? What are the strengths that we each have as an individual family member that can help out?” Discussing concerns and expectations about the quarantine, and what role each person can play to make it better, can be helpful, she says. “Forewarned is forearmed.”

It is important for parents to listen to and empathise with their children’s fears, speak truthfully about the situation in an age-appropriate manner and put it into context, the experts say.

“Have conversations for facts and feelings,” Waters says. Critical to allaying fears will also be allowing children a sense of control, such as over their personal hygiene.

For adults too, keeping a sense of perspective and sourcing information and advice from credible sources will help stave off anxiety. Amos says it’s important for people to be open about what they are experiencing, to reduce any possible stigma or embarrassment attached to self-isolation.

Maintaining a routine will be important but it need not be strict. “Routines are always helpful for people to see an endpoint,” Waters says.

Amos says routine has been critical to not going “bonkers”. She wakes in the morning at nearly her usual time, showers, gets dressed and puts on her makeup, before waving off her family members not quarantined and then getting stuck into work for the morning. In the afternoon she plays with posting outfits of the day on Instagram and has “reconnected with Yoga with Adriene on YouTube”.

Diener and his family have tried to stay close to their normal routine. The school has emailed activities and lessons so the children don’t fall behind. He and his wife break up the day into seven or eight “subjects”, for their children, who are aged three, five and seven. “It could be anything from helping my wife bake cookies, a dance class, math, spelling, some Italian, some English,” he says. These lessons are broken up with something fun, like downtime or half an hour with the iPad or TV.

Waters says families should try to enjoy having more spare time than usual, especially what can be very rare downtime for kids. Parents can be prepared with games, craft, schoolwork and books, but allowing more screen time than normal will not, says Johnco, be catastrophic.

Just don’t stay on screens all the time. “It could be tempting for people to just sit in front of the telly for two weeks,” she says. “The novelty of that will wear off quite quickly. We know that when people withdraw, or stop doing their normal activities, it can have a pretty profound effect on their mood.”

Reliance on streaming services or the internet may not be practical.

Telecommunications networks are preparing for a surge in people working from home. Australia’s networks are resilient but will come under pressure, a Telstra spokesman said. “We are confident our networks can be optimised to manage a significant increase in network traffic as a result of people being at home, although depending on what eventuates there may be times when the service is slower than usual.”

So don’t go crazy on the Netflix, and have a robust mobile data plan as a backup, if you’re likely to need to complete urgent work.

Johnco says keeping physically active is critical to boosting mood: “Frustration and boredom can come when kids are not getting the opportunities to be physically active.” Creative exercise ideas, like setting up an obstacle course in the backyard, could occupy both parents and kids. The Diener family in Italy break up their day with some micro-exercises, such as jumping jacks, running up stairs or playing basketball and soccer. 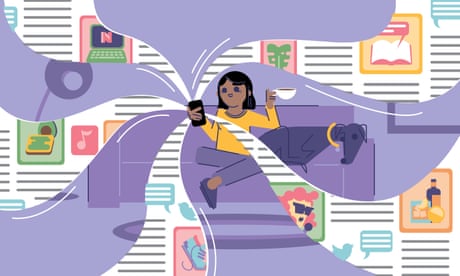 Feeling as though something has been accomplished during an isolation period will be important for both children and their parents. It could include working from home, school assignments or setting sights on long-avoided chores, repairs or tasks. Waters suggests encouraging kids to keep a “corona journal”, in which they can document their experience. Amos has altered a jacket she had been meaning to work on for months, and laughs that her wardrobe has never been so organised.

“The other thing I’ve been doing is indulging,” Amos says. She has a mandatory tea in the backyard sunshine. Johnco says it is important to make time for “activities that just make you feel good”.

Families should consider things they can do together – like planning for a movie night, taking on a large project such as building something together, or even rearranging the furniture.

Give each other space

“Try to think of things you can do by yourself and as a family,” Johnco says. “It can be hard for families who are used to all going off to their own activities being forced into this intense time. That’s why when you’re on family holiday you’ll sometimes see kids squabbling – they’re not used to being in the same space.”

Waters says: “I would create spaces in the house, if possible, like little zones – ‘This is our game zone. This bean bag with a headset is our chill-out corner.’”

While respecting time alone is important, it could also be a time for creating or reconnecting with family rituals, she says. This might be as simple as a proper sit-down family meal, perhaps with a new recipe the kids have been involved in preparing.

Another critical component of good mental state is feeling connected to others. This time, technology is our friend. Connecting and making time for friends on social media or over the phone will be critical for adults. Also important, says Johnco, is “reciprocal social support” – reaching out to others to make sure they are OK.

Children are used to highly social environments and will also need to connect with friends. Older children, Waters says, could create themes on Instagram or Snapchat where they can share their experiences and tips with friends. With younger children it might be scheduling in some video calls with friends and family.

Learn from the experience

Diener says his kids have been great during their isolation, and have accepted their new routine. It’s given him a new perspective, too.

“I’m gaining a lot more respect for teachers and their patience, because it’s hard to teach kids,” he says. “It’s been good for me as well. It’s helped me, I think, become a better parent.”

Amos, too, has found silver linings in her forced removal from a busy life.

“It’s quite nice to slow down,” she says. “In a weird way I hope I learn from that and change my behaviours a little bit. For probably the first time ever, I’ve actually felt guilt-free about not being busy.”